Dan Schwindt is a highly sought after bass/guitar player based out of Denver, CO. Dan moved to the Front Range of the Colorado Rockies over seven years ago and since then has been playing/touring with many of the top bands and artists in the area.​The son of a professional opera singer, Dan was immersed into the music world at an early age in Seattle, WA. He recalls “I was always dragged to rehearsals and concerts when I was kid, seeing the professional music world first hand.

I didn’t realize at the time what an effect it would make on me later in life”. After a failed attempt at clarinet and violin in school Dan’s mom gave in and bought him his first electric guitar at age twelve. “Really all I wanted to do was rock out. I was mainly listening to the early grunge rock that was happening in Seattle at the time and the classic rock guitar players like Hendrix, Jimmy Page and Clapton.”​In high school Dan continued his passion for music, playing in local garage bands and his school jazz band. He earned recognition in the All-state Jazz band and won the Louis Armstrong Achievement award for Shorecrest High School. “I just wanted to play guitar at school, so I joined the jazz ensemble on a whim. Once one of my early teachers played Wes Montgomery for me and I was hooked, I had never heard the guitar sound like that before”.​

After high school Dan earned a scholarship at the highly acclaimed University of North Texas College of music. At UNT he earned his B.A. in Jazz Studies performance. Dan was able to study at UNT with such greats as Mike Stern, Jo Dioria. Wayne Krantz, Fred Hamilton, Ron Eschete and many others. “At UNT I was constantly challenged and made a lot of great friends and connections. I went to school with kids who are now playing all over the world with people like Sting , Norah Jones, Collective Soul, Lauryn Hill, and Erika Badhu.”​Since studying at UNT Dan has kept his music career in Colorado. Primarily a freelancing sideman, Dan has led a busy schedule of concerts, club gigs, clinics, theater shows and tours throughout the U.S. He has played in numerous musical settings including singer-songwriter/folk, funk, blues, jam-band, hip-hop, jazz and plays in the orchestra pit for the D.P.C.A. Some recent highlights have included playing with DJ Logic, John Popper of Blues Traveler, The Motet, Nina Storey, Super Collider, Kyle Hollingsworth of SCI, DKO, The Johnny Mogambo Band and the Broadway musical “The Color Purple”.​

When Dan is not playing gigs he keeps his teaching studio going. He is on music faculty at The Evergreen School of Music and recently has joined the guitar program at The University of Colorado at Denver. Dan currently teaches group classes and private lessons. “I’ve always enjoyed teaching students the gift of music and love to pass on what I have learned over the years. I will always be a student of music myself, but I hope can inspire and encourage others along the way”.

JMB party season is on! 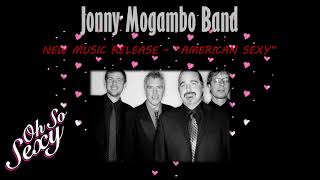 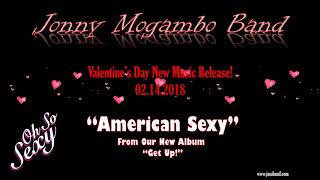 Get Ready For The Valentine's Day New Release - "American Sexy"!

Jonny Mogambo Band - New Album Song Release "Get Up!" Get It Now!

JMB party season is on!

Music to make you shake your bootaay!

September to Remember & on into Rocktober!